Woody Guthrie would have been 100 years old on Saturday. The singer and songwriter wrote "This Land Is Your Land," among thousands of other songs. Even though Guthrie died almost 45 years ago, his lyrics and message continue to appeal to new generations of Americans. Woodrow Wilson Guthrie grew up rough and poor and wild in a family scarred by tragedy. His older sister died in a fire when he was 6. His mother was eventually committed to a mental hospital, where she died when Woody was 18. By then, the Guthries' native Oklahoma was reeling from the one-two punch of the Great Depression and the Dust Bowl of the 1930s — and the westward migration it spawned. 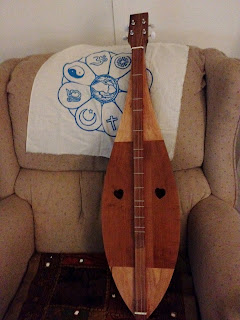 Posted by Terry Taylor & Spirituality U. at 6:07 AM