NAZARETH, KY. — As they mark their bicentennial as one of the state’s oldest Roman Catholic orders, the Sisters of Charity of Nazareth are confronting a grimmer part of their history.

The sisters will dedicate a monument to the order’s 19th-century slaves Friday morning next to the cemetery where many of them are buried, near the order’s historic Nelson County motherhouse.


Those honored are the slaves who molded the bricks, built the early buildings, raised the farm animals and prepared the food for the order’s earliest members and their students.

“We wanted to give recognition to those who are buried among us, and we wanted to express appreciation for the important contribution that they made to life here at Nazareth,” said Sister Theresa Knabel, who led efforts to research the slaves’ history. 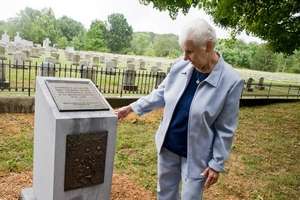 Posted by Terry Taylor & Spirituality U. at 1:48 PM